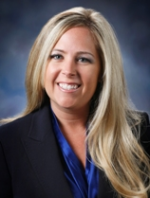 Ms. Gates is the owner of Gates Law Offices in San Diego County, CA. Ms. Gates was born and raised in Fresno/Clovis and had been practicing in the area since passing the bar in 2008, so she is familiar with the Courts, staff, and opposing counsel in the Central Valley. After attending Fresno State and majoring in Business Administration/Marketing, she completed the paralegal course at San Joaquin College of Law while working in a personal injury, medical malpractice, and family law firm. During law school, she interned and later worked at the Family Law Mediation Clinic, where she developed mediation skills and an enthusiasm for an amicable resolution of sensitive issues. She also worked at one of the oldest law firms in Fresno, gaining experience in civil litigation and construction defect defense.

As soon as she passed the bar, Ms. Gates worked with her father (also a sole practitioner of almost 40 years), practicing family law (from simple dissolutions to litigating dog custody), civil litigation (from collections to defending Federal FCC violations claims), and bankruptcy (Chapter 7 and Chapter 13.)

In 2009, she attended a rigorous trial boot camp through the National Institute of Trial Advocacy, where she honed in her trial skills and became even more confident and comfortable in front of State and Federal judges from across the country. While she prefers clients attempt to settle their cases first, she has absolutely no problem turning loose her competitive, aggressive side in the courtroom.

She then became a staff attorney for the Chapter 13 Bankruptcy Trustee for over five years, appearing as the examining officer of creditor meetings and appearing on record on behalf of the Trustee in thousands of matters. She also was a panelist on several continuing education seminars, helping instruct other attorneys in Chapter 13 matters. She conducted several evidentiary hearings (bench trials) and attended continuing education courses in Chicago, Louisiana, Sacramento, and San Francisco.

Missing interaction with clients and engaging in family law matters, Ms. Gates opened her own office towards the end of 2015, where she has thoroughly enjoyed helping people with her practical wisdom and trusted advice.

As a parent of two biological children and a bonus child of one, she understands and is sensitive to the complexities of blended families. As a single mom, she completed college, paralegal school, and law school while working throughout, intermittently coaching soccer, helping with softball, participating in a co-ed marketing fraternity, co-ed law fraternity, and student government. Ms. Gates is no stranger to hard work and effective prioritization in order to get the job done. In her free time, she loves to travel, find ways to get to the beach, scuba diving, horseback riding, playing softball, and spending time with her family.
Ms. Gates recently relocated to San Diego County in July 2017, and is conveniently located across the street from the Vista Courthouse in North County. You will still find her in the Fresno Courts from time to time to appear on Fresno County matters.