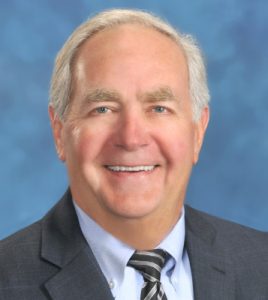 As an attorney in Fresno, Glen has sat on the bench as pro tem Judge, argued appeals in the Fifth District Court of Appeals and the California State Supreme Court. He has argued in Federal courts and the 9th Circuit Court of Appeals.

He is an active member of the Central California Bankruptcy Association, Fresno County Family Law Section, National Association of Consumer Bankruptcy Attorneys and past memberships in numerous creditor and debtor groups.

He is a member of the State Bar of California, and is licensed to practice before the Federal courts in California and Colorado.
While he has a strong belief in hard work and advocacy for his clients, he nevertheless takes time off to engage in activities such as golf, bicycling, team roping and trips to the California coast whenever possible. He has traveled four continents for both business and pleasure.

Glen and his wife Maureen are active contributors to the Beagle Freedom Project, Humane Society of the United States, and the ASPCA.

Glen grew up in Aurora, Colorado, the son of a construction worker who built basements in Denver and the surrounding areas. He began working in the construction trade at 12 years old. He was taught at an early age that few things in life are given to you and hard work is mandatory.

After graduation from the University of Northern Colorado in 1974, Glen attended night school at the San Joaquin College of Law working during the day and studying late at night. Upon graduation and passing the California Bar exam he opened his law practice with an emphasis on family law, bankruptcy and civil litigation. From the early days of waiting for the office phone to ring, he has built a following of clients of individuals and businesses.

Causes and Non-Profits We Support